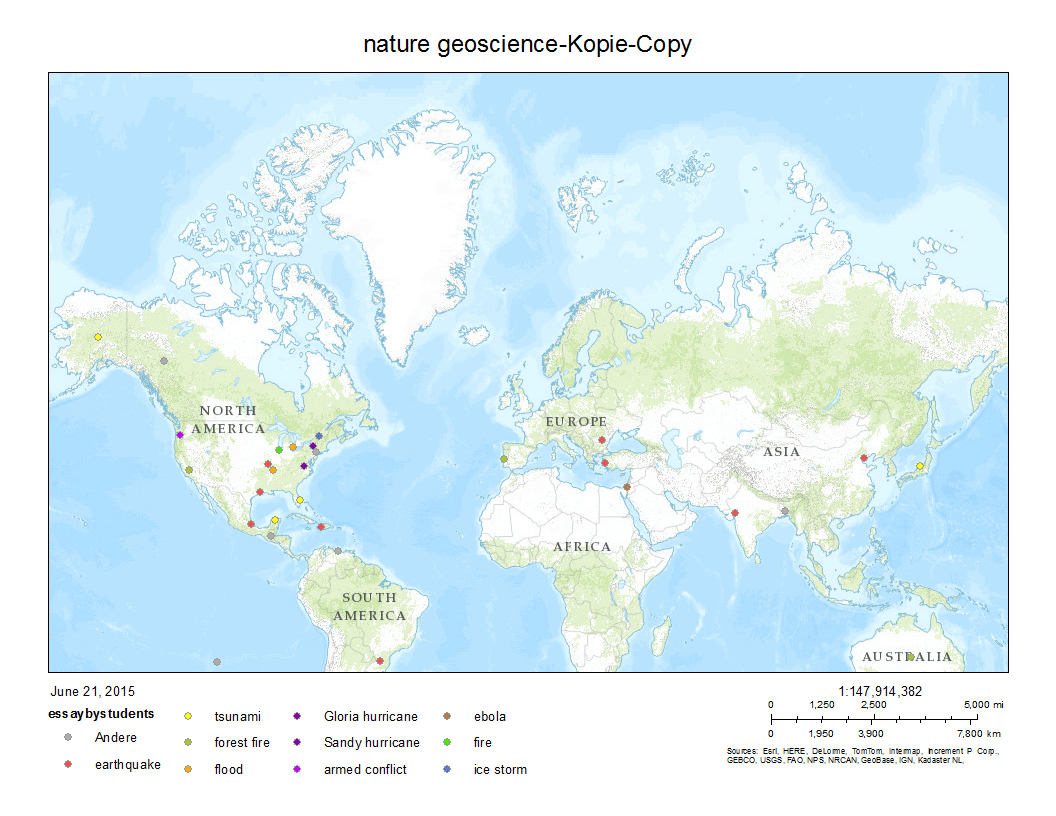 Maria Bostenaru Dan started working in natural hazards field in 2000, when she got employed as a research assistant in the frame of the Collaborative Research Centre (SFB) 461 “Strong earthquakes” at the then University of Karlsruhe (TH), Germany. In the frame of it, there was also a diploma work of a colleague on fire. After this, the research training network “Graduate college” “Natural disaster” was joined. Both were funded by the DFG (German Research Association), with several fellows dealing with different hazards. The first conference Maria Bostenaru presented at was the European Geosciences Union General Assembly in Nice, France. Shortly after she started to convene the session “Natural hazards impact on urban areas and infrastructure” which became several years after the return to Romania focused on technological hazards and co-convened by her. In 2010 she had a support grant to a secondment in the frame of the Marie Curie European Reintegration Grant to investigate “Realism: Photography as Mean of Art or Science. Research in the CCA Archive of Photography of Ruins after Catastrophes: Earthquake, Flood and Fire”. Fire images in the Canadian Centre of Architecture in the collection can be found at https://www.cca.qc.ca/en/search?query=fire . Related research was done in the frame of the Vasile Pârvan fellowship in Rome (mentor: the doctoral supervisor Cristina Olga Gociman, who now has a doctoral candidate on fire), where digital humanities centres include also images of fire, for example:

In 2018 a Romanian mobility project led again to research in photography archives, this time photographs of WWII destructions, as also included in a postdoc paper on Cologne of August Sander.

Recently the European Geosciences Union interviewed Maria Bostenaru Dan on these contributions of humanities to disaster research https://blogs.egu.eu/divisions/nh/2020/07/20/in-between-natural-hazards-and-heritage-interview-to-maria-bostenaru/ , in which more details can be found. A book is still worked on dealing with disasters and photography, and photography archives are the topic of a currently submitted project. This way there is a connection between the hobby and the research.

Important cooperation which is hoped to continue is with Portugal. In 2013 a first round table took place in Bucharest taking this way the set of questions from the EGU GA to Bucharest, and a book was published 2017. Another book is regarding the Lisbon earthquake and the research was done in Portugal and published in 2014. While the earthquake book was exclusively the result of COST research, the round table book also encompassed two results from COST research, a visit to Portugal and a visit from Portugal, the last dealing with the effects of climate change on landscape and thus related to fire. This year it would be time to publish a new one, and thoughts are made to gather opinions on the comparative landscape including specialists from Portugal and the site of Mafra.

At the Master in Urban Design, at the Faculty of Urban Planning, at the “Ion Mincu” University of Architecture and Urban Planning in Bucharest, there is a module called “Urban prospective” encompassing the courses “Urban vulnerability” (taught by Prof. Dr. Arch. Tiberiu Florescu) and “Protection of localities against risks” (taught by Prof. Dr. Arch. Cristina Olga Gociman, assisted by Dr. Maria Bostenaru Dan), both taught in the first term of the second year. The aim is to bound teaching with research, and indeed, results from coursework were flowing into a research project on “Urban blocks in the central protected area in multiple hazard approach – assessment, mapping and strategies for risk mitigation. Case study: Bucharest destructured zone by razing occurring in the communist period”. Maria Bostenaru Dan was a member of the project and in the organization committee of the final conference. In this project, the vulnerability and the value of the buildings were balanced according to the most recent international documents. Previous research, when the focus was on urban planning strategies for the same destructured zone, was presented in conferences including the European Geosciences Union General Assembly in Vienna, in a session organized by Maria Bostenaru Dan, the Humboldt EGU conference in Cusco, Peru and iREC in Ahmedabad, India, but also local conferences such as TIEMS in Bucharest, where Maria Bostenaru Dan was a co-author. But this was just half of the coursework, the project evaluating the site and the buildings. The other half consists of writing essays according to the hazards explained in the course following the book of Cristina Olga Gociman “Typology of hazard”. These hazards include forest fires under “complex hazards”, which means a combination of natural and human-made hazards. Indeed, some students chose such examples as it can be seen in the map.

As we can see, although the case studies date back to 2015 (starting 2009), the hotspots of forest fires covered are in Portugal, Australia and California, while also the Chicago fire is considered. Since then the course was held two other times, as it takes place every two years. Since one-year cooperation was concluded with the Széchenyi István Unversity in Györ, between Maria Bostenaru Dan from the “Ion Mincu” university and Orsolya Kegyes-Brassai from the Széchenyi István University, to cooperate in the field of disaster management. A first visit took place in January 2020, comprising also assisting at the student essays presentation. The visit included looking also to doctoral programmes in the field, not only masters. With this background of teaching multi-hazard, the Faculty of Urbanism also subscribed to the ERASMUS network ANDROID “Disaster resilience” and Maria Bostenaru Dan was a member.