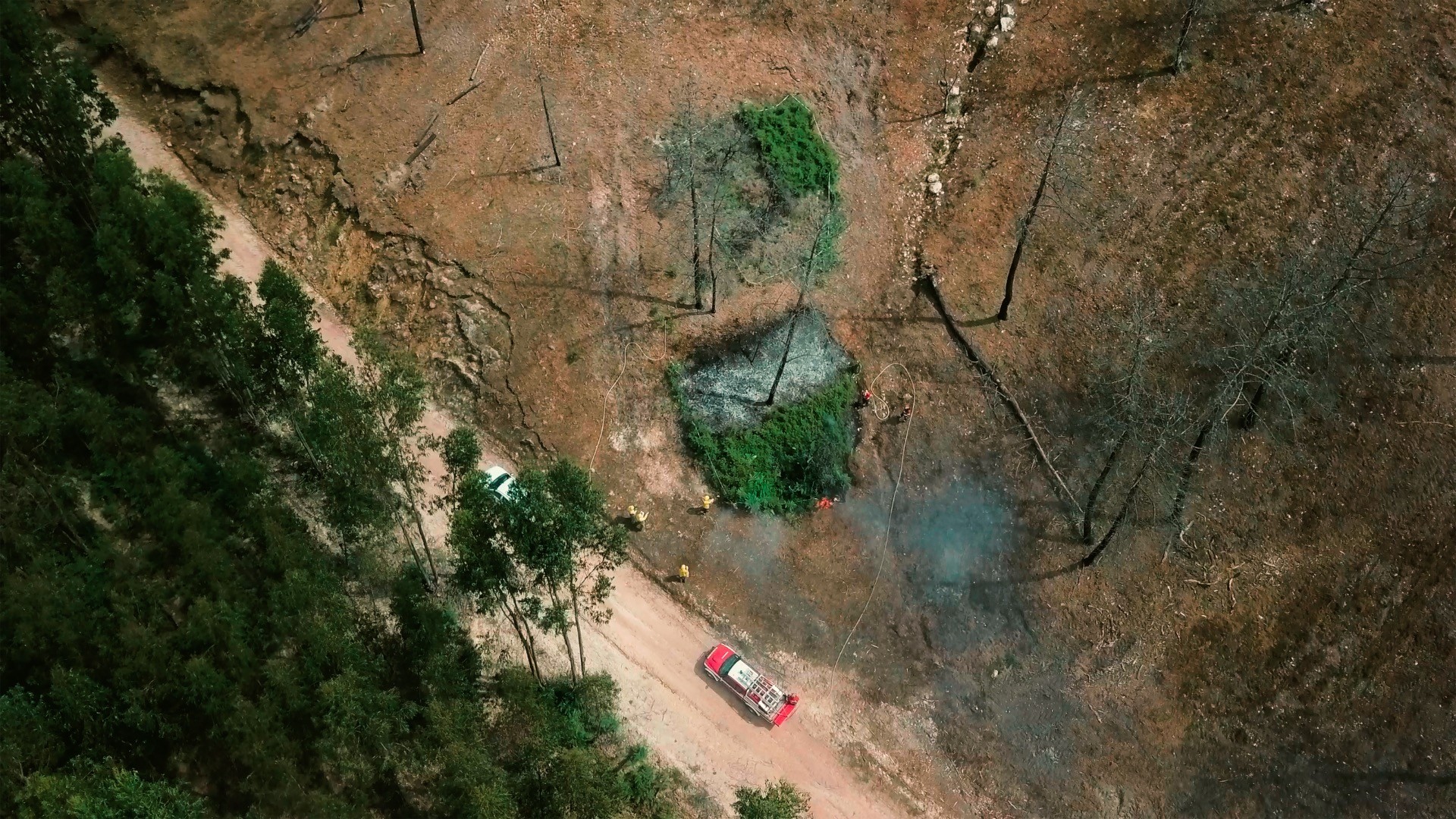 The Forest Ecology Group is a small research team (15 researchers) led by Joaquim Sande Silva and formed in 2019 as a result of a protocol celebrated between the University of Coimbra and the Polytechnic of Coimbra, in Portugal. The Group is hosted by the Centre for Functional Ecology of the University of Coimbra as one of its research lines.  The reality of forest ecosystems in Portugal is unique in Europe, as it involves the dominance of alien woody species whose expansion has been in part driven by an anthropogenic fire regime. Fire has also been the cause of human fatalities and extensive damage in infrastructures, driven by a hazardous arrangement and composition of forest fuels. Therefore, the Group is interested in studying the influence of fire on ecosystems, particularly in novel ecosystems, but also the behaviour of fire in our strongly altered landscapes, to find land-use alternatives that simultaneously provide lower fire hazard and a more natural environment. These alternatives may involve processes of forest restoration, which may include the use of fire (prescribed fire) as a restoration tool. The Group is currently leading/co-leading two nationally funded projects on fire ecology and fire behaviour.

The first project, Aliens & Flames, studies the ecological relationships between fire and two Australian species: silver wattle (Acacia dealbata) and silky hakea (Hakea sericea). This is done through field and laboratory experiments that test the use of prescribed burning to control the spread of these invasive species and support the use of fire to manage fuels in invaded areas. The basic experimental outline consists of applying a set of slash-and-burn treatments (using prescribed burning) in different areas, to measure the basic fire behaviour parameters and to monitor the associated effects. Studies include the assessment of the ecological response both at the individual as at the population and community levels. Moreover, some plots include the study of physical and biological changes in the soil resulting from the different treatments.

The second project, InduForestFire deals with the fire hazard around industrial zones. The catastrophic forest fires recorded in recent years in Portugal have highlighted the vulnerability of urban agglomerations and industrial zones located in forested areas. Current legislation requires fuel management around industrial perimeters, but it uses criteria that are not scientifically-based. Using simulations of fire behaviour, the project aims to propose solutions for the management of vegetation, that minimize damage around industrial zones. With that purpose, we will simulate the catastrophic fires that occurred in 2017 and the potential fires that may occur in the future. These data will be linked to fire simulations inside the industrial zone, to assess the potential damage on the infrastructure (the other half of the project). The project is carried out in partnership with the Institute for Research and Technological Development for Construction, with the National Emergency and Civil Protection Authority and with the Community Intercity of the Region of Coimbra. Besides, the project is assisted by fire experts from CSIRO Australia, who will provide support in the use of state-of-the-art fire simulation software.