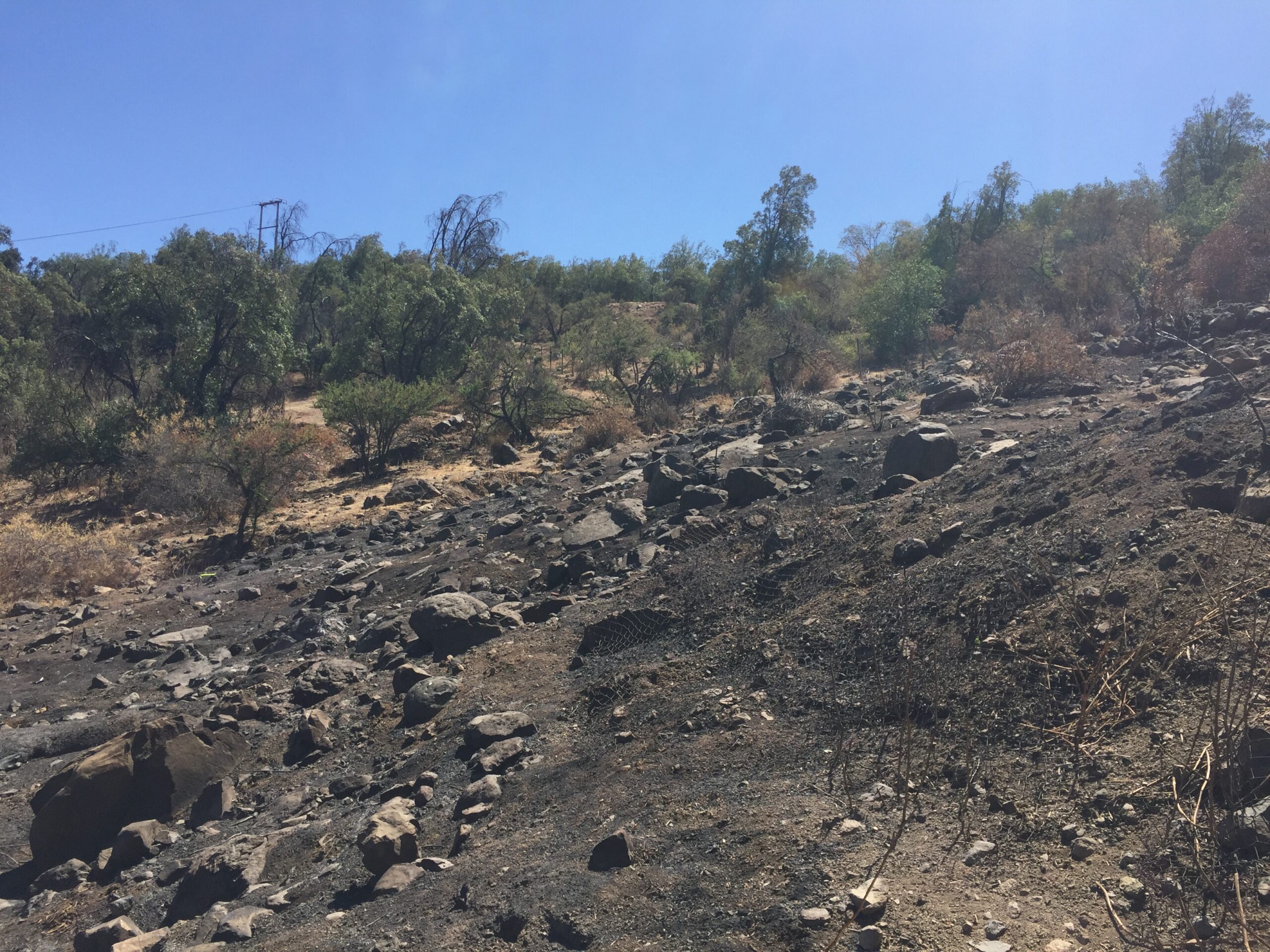 The Laboratory of Soil Microbial Ecology and Biogeochemistry (LEMiBiS), in the Institute of Agri-Food, Animal and Environmental Sciences at the Campus Colchagua of the Universidad de O’Higgins (UOH), consists of an active and young research team lead by Claudia Rojas Alvarado and Jorge Medina. The LEMiBiS is part of one of the two newest public Universities founded in Chile (2015), it is located in the administrative O’Higgins region, limiting to the north with the Metropolitan region where Santiago (the capital of the country) is located. The environmental and productive settings where the LEMiBiS mostly conducts its research coincide with the Chilean Matorral Ecoregion, characterized by a Mediterranean Climate. In this location, agriculture and mining are the main productive sectors, and droughts and fires have been of particular concern for the last two decades.

From its origins, the research lines conducted in the LEMiBiS (2018) include the areas of soil microbial ecology and soil biogeochemistry, led by Claudia Rojas Alvarado (Ph.D. Soil Science and Biogeochemistry from The Pennsylvania State University, USA). In particular, the research focuses on the study of microbial- metal(loid) interactions, microbial diversity, and functionality during restoration processes with the aim to better understand the role of the belowground microbiota in the recovery of soil ecosystem functions.

Currently, one of the main projects conducted is titled Understanding the effect of fires on non-mutualistic diazotrophic population structure in Mediterranean native forest soils: towards ecosystem services and natural resilience restoration (2018-2021). This project is funded by the Chilean National Research and Development Agency (ANID, former CONICYT). Its main objective is to assess through ecological molecular analyses how non-mutualistic diazotrophic microorganisms interact with other members of the bacterial community and adapt to changes in soil physicochemical conditions in Mediterranean forest following fires elapsed in time.

In 2019 Jorge Medina (Ph.D. in Natural Resources Sciences, Universidad de La Frontera, Chile) became part of the group complementing the area of soil biogeochemistry and incorporating the area of organic waste management to the LEMiBiS. Jorge’s research relates to agricultural waste management and the study of organic matter both in soils and composting systems. His work is concerned with the cycling of carbon and dynamics of the organic matter, the emission of greenhouse gases and the development of C sequestrant organic amendments for agricultural and contaminated soils through the utilization of clay nanoparticles and pyrogenic C under climate change scenarios. Featured research conducted by new members of the LEMiBiS includes that by the research assistant Humberto Aponte (Ph.D. Natural Resources Sciences, Universidad de La Frontera, Chile) and the postdoctoral researcher Carlos Faúndez Urbina (Ph.D. in Environmental Sciences, Wageningen University & Research, Netherlands). Humberto’s work focused on developing soil quality indices for metal(loid) contamination from a biological perspective. His most recent studies have been focused on metal(loid) contaminated soils from one of the most contaminated areas in Chile, and the development of a worldwide meta-analysis and review that shows the most suitable biochemical indicators to assess metal(loid) contamination in soil. Carlos’ main research focuses on the study of preferential flow in soils with emphasis on macropore flow and water repellency. Both processes are critical in describing and simulating water transfers by mechanistic models in pre- and post-fire catchments under different climate change scenarios. Carlos has specifically contributed to the calibration of the OpenLISEM model by PEST in burned catchment Odeaxere, Portugal (FRISCO project: Managing Fire-induced Risks of water quality contamination).

Along with research, the LEMiBiS also conducts outreach activities to bring the study and value of environmental sciences closer to citizens. These activities have been funded by the Chilean Ministry of the Environment (FPA 6RE002 2018 resources in Spanish) and the Ministry of Science, Technology, Knowledge and Innovation (Explora-O´Higgins SUELOS 2020 resources in Spanish).

Post of the month 11/2019:
Launch of the Leverhulme Centre for Wildfires, Environment, and Society

Applied Ecology and Remote Sensing group of the University of León, Spain.