Fire has been an integral part of the Earth for millennia. Several recent wildfires have exhibited an unprecedented spatial and temporal extent and their control is beyond national firefighting capabilities. Prescribed or controlled burning treatments are debated as a potential measure for ameliorating the spread and intensity of wildfires. Machine learning analysis using random forests was performed in a spatio-temporal data set comprising a large number of savanna fires across 22 years. Results indicate that fire return interval was not an important predictor of fire spread rate or fire intensity, having a feature importance of 3.5%, among eight other predictor variables. Manipulating burn seasonality showed a feature importance of 6% or less regarding fire spread rate or fire intensity. While manipulated fire return interval and seasonality moderated both fire spread rate and intensity, their overall effects were low in comparison with meteorological (hydrological and climatic) variables. The variables with the highest feature importance regarding fire spread rate resulted in fuel moisture with 21%, relative humidity with 15%, wind speed with 14%, and last years’ rainfall with 14%. The variables with the highest feature importance regarding. Fire intensity included fuel load with 21.5%, fuel moisture with 16.5%, relative humidity with 12.5%, air temperature with 12.5%, and rainfall with 12.5%, Predicting fire spread rate and intensity has been a poor endeavour thus far and we show that more data of the variables already monitored would not result in higher predictive accuracy. 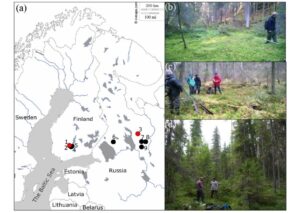 The use of Easy-Barriers to control soil and water losses in fire-affected land in Quesada, Andalusia, Spain 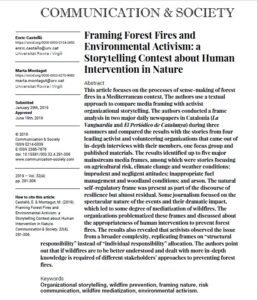